What can I say? We have been bombarded with snowfall, or have we? Things haven’t changed much outside- or have they?

Mysteriously, the measurable snow depth amount day-to-day and week-to-week, remains strangely static, despite picking up additional snowfall now and then every couple days. Yesterday for instance, it snowed for several hours coming down heavily enough to achieve ‘white-out’ status. Today the snow depth is pretty much unchanged from the previous day. Hmmm. Also, the temperature predictions have fluctuated greatly. One day the forecast cautions -25c are on the way, but then the following day the forecast says -10c – this goes back and forth continuously. I have no idea what to expect anymore! We haven’t been above freezing for weeks, so where is all the snow going that is actually falling, but not accumulating??

I’d say this is maybe a first – a true weather phenomenon, or, maybe I’m just bored and need a little excitement.

One thing is obvious. The squirrels don’t give a hoot how cold it is or how much snow we have.

Greta has kept herself occupied on occasion with sitting on the window sill to chirp at the birds frequenting the bird feeder. We even saw a mouse out there nibbling on the dropped seeds. The mice burrow through the snow in a network of little mice tunnels ranging from tree to tree, bush to bush and have a central tunnel hub connection at each of the bird feeders. On occasion, a mouse makes the regretful decision to venture into the house, and luckily Greta is usually on duty on top of the dishwasher to snatch them as they emerge into the kitchen from the wall.

Unfortunately, should her nighttime patrol be unrewarded with a mouse, she proceeds to make her way to my side of the bed to pronounce through persistent mewing that she is hungry and wants something to eat. It doesn’t matter if she’s clocked off early for the night, and it happens to be 04:00 like this morning. Same racket. It goes on until you succumb to her demands. No sense in hoping she’ll get tired of crying. If you persist in ignoring her, she ups the ante and will resort to getting into trouble by jumping onto the bedroom window sill and begin nibbling on my plants. That’s her last resort, and she knows that this will have an immediate response. Crikey, I wear earplugs to drown out the snoring of you-know-who, yet I can hear her meowing at 4, 5, 6 am, but I’m the one who has to get up each time. Seems a bit one-sided!

So here she is doing what she does to me every morning after she’s woken me up, got her breakfast and I’ve got my cup of coffee.

Every day it’s the same. Early wake-up, and then hours of napping on my lap, or for as long as I will sit in the chair. Sometimes she will follow me into the tv room where, after getting re-adjusted, she continues her nap. Our routines are pretty well entrenched it seems. The day-to-day existence is pretty predictable.

So besides the strange disappearance of snow, nothing much is different as say compared to a week ago. I’m glad we are finally through January. February usually blasts past and by the end of the month I can be expected to have my plant envy fully revived through the hundreds of photos of gardens our fellow gardeners have posted in the UK. Let’s hope some things remain the same in the crazy world in which we all find ourselves.

Seems pretty snowy to me.

I haven’t ventured out in the last few days, because, where do I really want to go? The snow is too deep anyway. The farmer road is passable for walking, but it can be treacherous. Slipping and sliding along is the norm as your feet find compacted snow mixed with soft. It’s a jolting walk along that long stretch.

I watched a lone skier completing several circuits around the farmer’s field, and which runs alongside the boundary of our yard. He was gliding along with some speed on a couple portions, but I would think it’d get pretty boring just going around in a big circle over and over again.

We watched a film a few days ago which came out in 2017. It’s a Finnish film re-make from a novel by Väinö Linna portraying the Finnish Continuation War with Russia during World War II. The film, called the Unknown Soldier has previously been released, but the latest received critical acclaim. We purchased the DVD a couple of years ago only to realize it didn’t have English subtitles, so I wasn’t able to watch it and understand anything. Gladly, HBO now offers this film, complete with English subtitles. It was fantastic to finally see it! I highly recommend the film. If you have the chance to watch it, please do – then let me know what you thought of it!

In other news, I’ve ventured into the world of bread-making and so far have achieved limited success ranging from fully formed and beautifully-shaped yet tasteless loaves, to dense flavorful ones and even a few bricks which were binned with enthusiasm. I can now say with conviction that I will NEVER again bother to try and bake a loaf of sourdough bread. This morning’s trash contains the final effort which surpassed even the worst of the worst by refusing to even expand from the lump in which it began. BAH!

Later today, I will once again return to the kitchen in the pursuit of bread-making glory by seeking to duplicate the tasteless loaf recipe, which at least resulted in something resembling a loaf of bread. Hopefully, I can nudge up the tastelessness ladder to reach something flavorful. If not, Pekka will have to eat it anyway as it will at least ‘look’ like a loaf of bread. That is, unless I’ve completely failed bread-making 101 and receive a cease and desist to never bake bread again. It seems I might be inching towards that distinction.

Nothing takes the chill out of a cold winter day faster, than getting steamed about not being able to make a freaking loaf of bread. Wish me luck. Send lots of good vibes. I should have taken a picture of the tasteless loaves, they were great. You will NEVER see the carnage. I promise.

Okay everybody. I guess it’s time for me to do something else. Greta has finally jumped off my lap. Wonder what she’s up to now!

7 thoughts on “An Abundance of Snow” 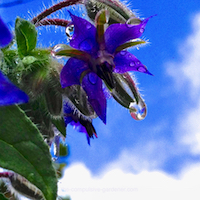 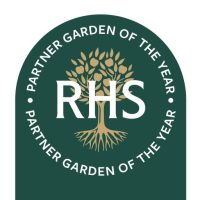